Specialty Plumbing in Santa Barbara, California, has been a disaster for our new house construction. It is hard to find something they HAVEN’T done wrong, including an over-tightened fitting that cracked and flooded our house, causing $70,000 in damage, and a sewer line installed over a 40 foot stretch with ½” of fall instead of the required 10”, which necessitated $33,000 in repair costs. And about 25 other smaller issues, like toilets that leaked from the bottom, uninsulated hot water pipes, and incorrect water softener and reverse osmosis unit installation.

A year and a half after all these problems, they struck again as another fitting over-tightened like the first caused another leak that required significant remediation and repairs.

This company was a disaster for us; we recommend people stay away from them.

In 2016 we started construction of a custom home in Santa Barbara, and Specialty Plumbing, owned by Ken Felts, was hired to do all the plumbing for the house, including rough plumbing, plumbing trim-out, a whole house RO system, new sewer hookup, and fire sprinklers.

Towards the end of the project, we had to almost beg them to just show up. They typically did not return our calls or emails. We resorted to borrowing phones of other people working on site to call the owner so he would not recognize the caller ID and would pick up the phone.

Two months before we were to move in, I started asking why there were several bags of resin beads next to our water softener. After asking three of four more times over two months, they finally sent someone who acknowledged that the water softener had not been filled with the necessary resin beads. This is usually done before any of the faucet filters are in place as the resin beads can clog these and other filters, sometimes beyond repair. This is exactly what happened to us when they then added the resin beads to the softener, and it took a significant effort to get everything functioning, including replacing many faucet filters and heads.

A few weeks before we were set to move in, we discovered that our RO system was putting out brine water. The plumber had hooked the RO system pump into the brine tank for the water softener so it was pulling brine water instead of RO water. It took two more weeks and considerable flushing to get the brine out of the system.

Three days before we were set to move in, the first MAJOR disaster occurred. A plastic part had been significantly over-tightened in our kitchen, which caused it to crack, on a Saturday. On Monday morning, we came to the site to discover that water had been pouring into our basement for 36 hours. A significant portion of our basement and our kitchen had to have weeks of emergency water mitigation, and have a significant amount of drywall, insulation, and plaster replaced. We lost furniture and personal belongings due to the leak. This water leak resulted in about $70,000 of damage and three months to fully repair. 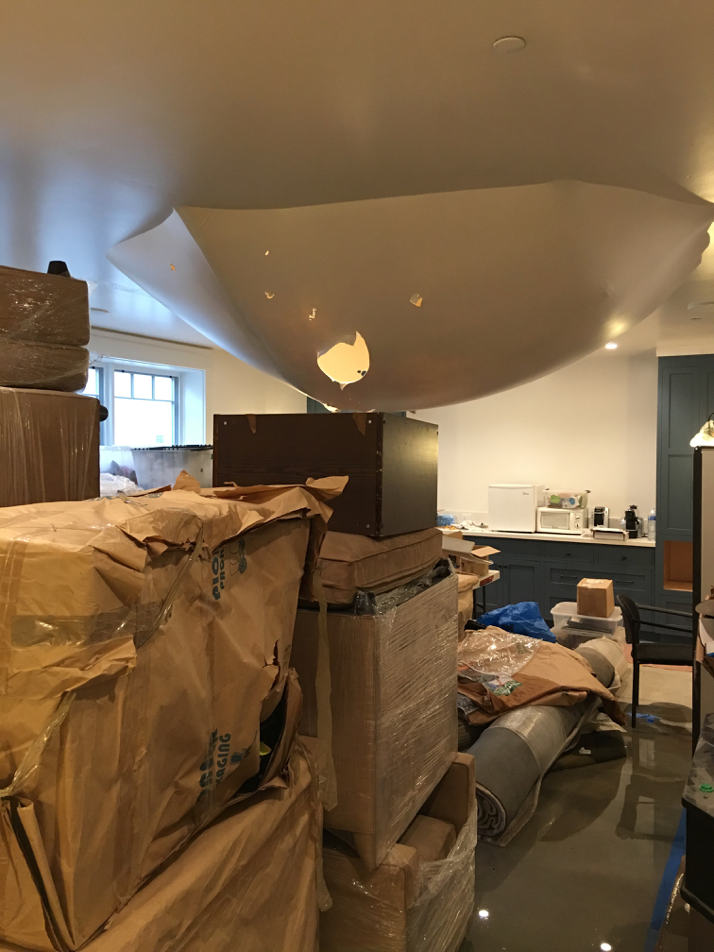 At this point we hired an independent plumber to review the visible plumbing. He identified about 20 issues that needed repair, including:

We additionally discovered more problems over the next several months

Once all this was repaired, we thought we had reached the end of our plumbing problems, but we were wrong.

In December 2018, sewage started overflowing in our basement bathrooms, flooding part of our basement with sewage. This ultimately flooded one room completely and two others partially before we were able to get it under control. The root cause appeared to be two cleanout lines in the front yard that had not been capped during backfill, and were filled with dirt. We cleaned them out, had the line snaked, and thought we had fixed the problem.

On Christmas morning, with 6 house guests, our sewer system began to overflow again. We again were able to get it under control through significant effort and had the line snaked. The new plumbers we hired suggested we video the line to see what might be causing the backups.

The next day, the line was inspected. What they discovered was approximately 40 feet of the sewer line was constantly filled with water. Their depth estimates told them the center of the 40 foot stretch had sunk down significantly, creating a trap for solids.

A week later the new plumbers started excavating our front yard to correct the sewer line. Unfortunately, when they exposed the pipe, they found that in addition to the line sagging down approx. 2 ½” in the center, the entire 40-foot stretch had only ½” of fall to it. For a stretch of this length, 10” is required by code. Even if the line had not sagged in the middle, it would almost certainly have backed up with solids and clogged, given that it had almost no fall. Perhaps the plumbers need a remedial lesson on gravity.

It was also discovered that Specialty Plumbing had not installed cleanouts for all the feeder lines leading to the main sewer outlet, leaving us with no way to inspect or snake some of the lines.

Specialty had apparently not calculated the proper level when they decided they could trenchlessly replace the stretch of sewer line from the edge of the front yard to the street, and had set the level of the sewer line on the front side of our yard too high. Then, when they installed the main 40 foot stretch of sewer line across the front yard a few weeks later, they didn’t bother to check to see if there was the proper fall required for a functioning sewer line, or they noticed and didn't care.

Following this discovery, our quote for the repair of the sewer line more than doubled, as now we had to dig up the street to the sewer main to lay a new line at the proper level. We had to tear up our newly replaced sidewalk, and endure a 9-foot-deep trench in our front yard for almost a month. 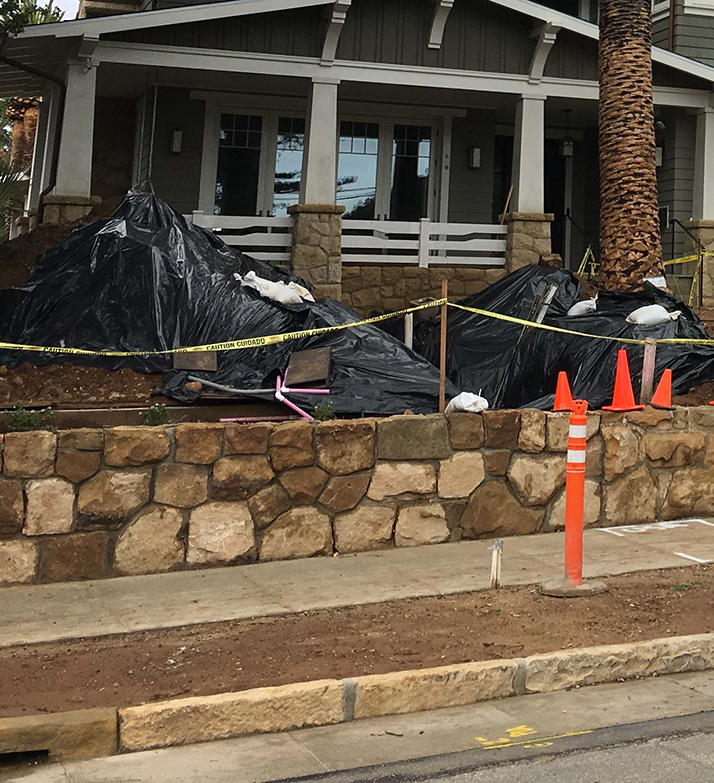 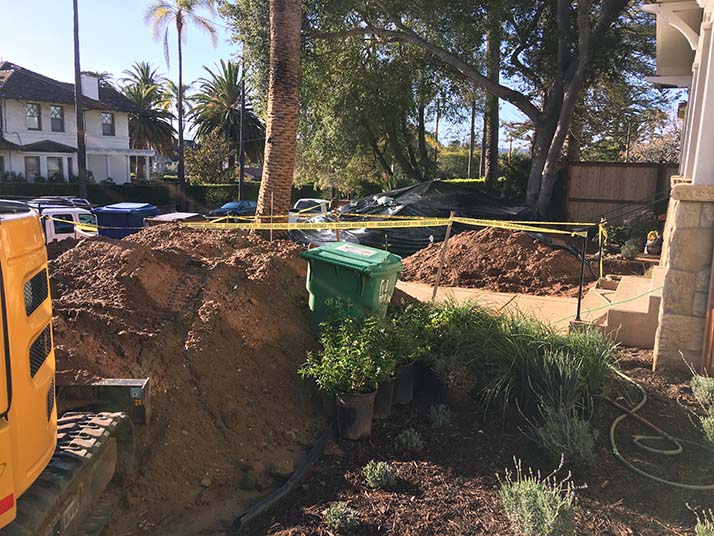 The total for this and other smaller issues we had fixed is now in the tens of thousands of dollars, which Specialty Plumbing refuses to reimburse us for. The owner Ken seems to believe that all the issues are someone elses fault. How a licensed plumber, after laying a sewer line that doesn't meet code and doesn't work, can say it isn't their fault, is beyond us (but hopefully not beyond the legal system).

Specialty Plumbing has done so much of what we hired them to do, wrong. Given all the problems we have had with their work, the owner of the company has never apologized, never visited the house once after we started having issues (and only once in two years before that), and continues to try and place the blame for this astonishingly large number of issues on other people.

Please consider our experience with this company before you hire Specialty Plumbing for your plumbing work. This company was a disaster for us.

We first attempted to contact the owner directly with our request. He did not respond.

We then had our builder contact the owner. He did not respond for quite some time. When our builder finally got him on the phone, he denied responsibility, somehow claiming the sewer line problem was our fault.

We then filed a complaint with the state contractors licensing board. Twice they attemped to encourage the owner of the company to work this out with us. When they spoke with him, he then claimed that the plumbers that fixed the faulty sewer line casued the sag in the line when they excavated it. Given that a video was done of the line before it was excavated, which clearly showed it was sagging and full of water, this is simply not the case.

After reviewing all the information we had given them, talking to the owner of Specialty Plumbing, and the plumbers that repaired the defective sewer line, the state contractors licensing board has determined there is sufficient grounds to open an investigation into their plumbing license. That investigation is pending.

The claim that the backfill could have caused the problem is bogus for a couple of very obvious reasons. First, filling in a trench and compacting dirt can not possibly cause a sewer line to sink, unless it was not placed on properly compacted soil, and / or staked in place to prevent this exact problem. I'm not familiar with the plumbing codes, but I'll bet proper soil compaction under a sewer line, and / or staking in place to provent the line from moving is part of the code for plumbers.

So now, because Specialty won't take responsibility for something that is clearly their fault, they are dragging a competent and reputable general contractor and excavation contractor into the claim. Once again, shame on them.

We heard another plumbing leak nightmare story from a friend last week.

A dentist office in Santa Barbara called Specialty Plumbing to have them come repair a leak. Specialty came by, looked at the leak, determined it did not warrant immediate attention, and said they would return the next day to fix it.

When the staff came in the next morning, they found the ceiling saturated and falling down, and the office flooded.

Our friend was told this by an employee of the dentists office. We haven't been able to independently verify the circumstances yet, but it sure sounds a lot like our experience of them.

Whoops, they did it again. More than a year and a half after our first problems with the work of Specialty Plumbing, another leak occurred. On investigation, we found another almost identical pex to PVC fitting that had been over-tightened and started leadking, under our refrigerator. Thankfully, it was a slower leak, and we were home at the time to mitigate the damage quickly. Still, it casused signficicant damage and required removal of a substantial amount of drywall, a drying out process, and repairs. 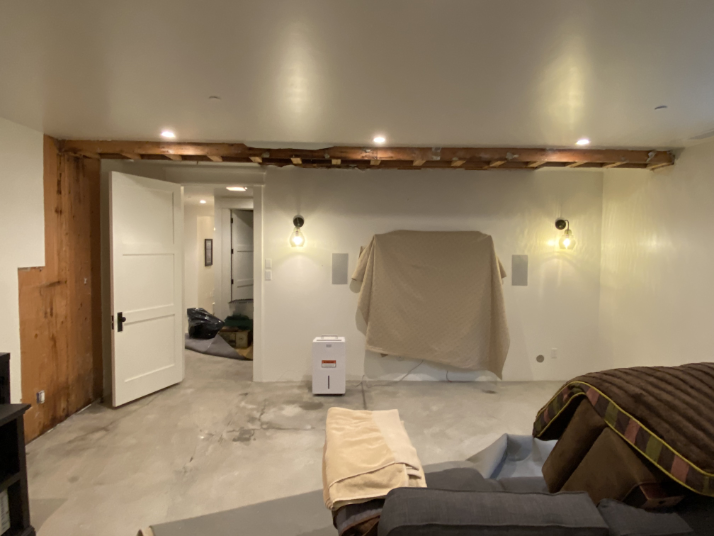 Below is the fitting from the first leak they caused. Notice the pronounced crack and the agressive tool marks on the fittings indicating a lot of force was used to tighten the connection. 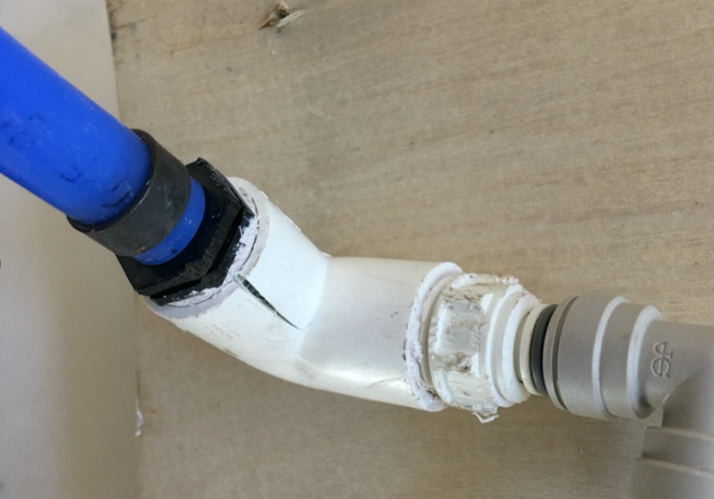 Below is the fitting from the current leak. Notice the visible hariline crack and the aggressive tool marks on both pieces of the connection, again indicating excessive force was used to tighten the connection. 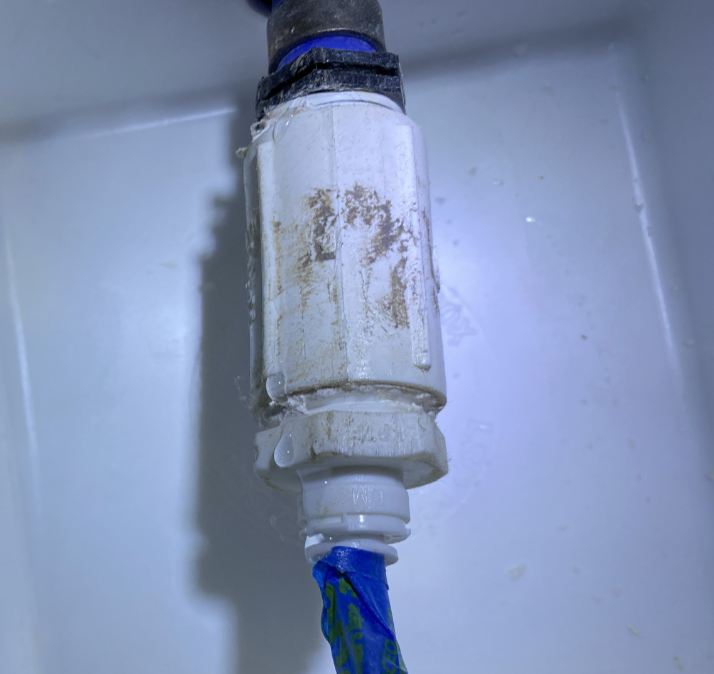 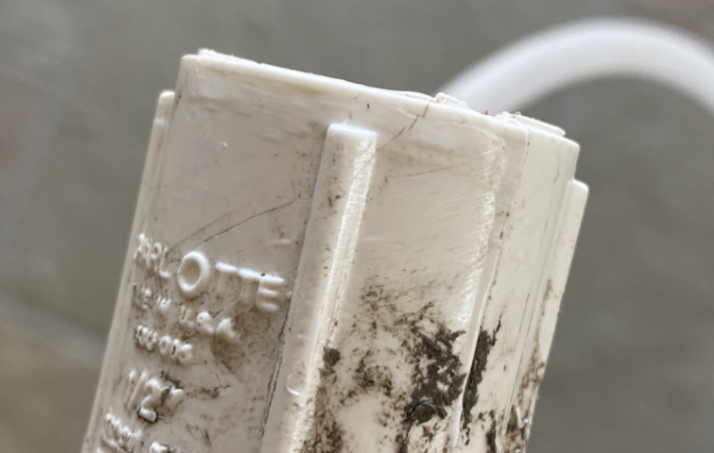 This company sure is a piece of work. It will be interesting to see how the owner tries to blame this problem on us, like he has previous ones.